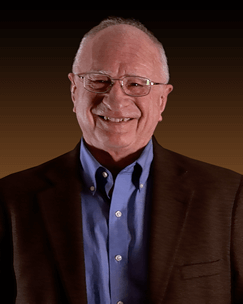 I am a marriage and relationship counselor who is an internationally recognized sexologist, social psychologist, sociologist and an AASECT-certified sex therapist with two practice offices in Seattle, and in Poulsbo (Kitsap County), Washington. I help young, middle-aged and older people with sexual and relationship problems and deal equally with men’s and women’s issues.

A cognitive-behavioral therapist (Washington Mental Health Counselor LH 60106663) who draws on clinical sexology and medical consultations with your physician, I work with both couples and individuals of all sexual orientations.

I am effective at solving most sexual, marital and couples relationship problems with short-term therapy. I spend weeks to months, rather than a year or more for most problems. Through Cognitive Behavioral Therapy, I may suggest specific changes in behavior as well as homework and homeplay. My approach is direct, as opposed to the more typical passive strategy taken by therapists who spend most of their time asking how a patient feels, rather than providing therapeutic steps and workable suggestions.

I am a sensitive, but focused marriage and couples counselor as well as a sex therapist and a sex addiction therapist and sex coach. I deal with a diversity of couples therapy issues such as constant arguments, problems with children or money, and the power and control struggles associated with these and related “hot button” issues.

I am skilled at addressing communication problems, and at changing dysfunctional ways of relating to one another and making decisions. It is my belief that every relationship—marital or not—needs continual efforts to polish the rough edges of everyday interaction. I do not view marriage as a boring business with assigned tasks and no fun. Instead, I emphasize ways to fine-tune relationships so they are rewarding emotionally and sexually.

My strong academic credentials and nearly fifty years of experience as a sexologist qualify me as a pioneer sex therapist, sex researcher and sex educator. I am an Adjunct Professor and a distinguished lecturer at the Institute for the Advanced Study of Human Sexuality in San Francisco. I have also held academic appointments at The University of Mass., Amherst, Syracuse University and the University of Georgia, where I taught graduate and undergraduate courses in Human Sexuality and Marriage and the Family.

In addition to sex and relationship therapy, I have been a campus-wide speaker at over 200 colleges and universities, as well as medical and community groups. I have appeared on national television and radio shows, including Oprah Winfrey, The NBC Nightly News and CNN News Night. I hosted The Pleasure Dome radio show for three years in Atlanta.

I authored The Naked Truth about Sex: A Guide to Intelligent Sexual Choices for Teenagers and Twentysomethings (2006), as well as five other popular and academic books and many articles and columns on sex and marriage. Partially based on the writings of Wilhelm Reich in the 1930’s, I was the first to use “sex-positive” in print in the dedication to his award-winning university textbook, Sexual Choices. The dedication read “Toward a Sex-Positive Society.”

I originally created the concept “sex-positive” with then-Unitarian minister Ronald Mazur in 1976. Today, the concept is widely used to depict a healthy, pleasure-positive approach to sex, as opposed to the more puritanical, sex-negative emphasis that is still prevalent in our society.

As seen on Oprah… I appeared twice on The Oprah Winfrey Show as a sex and relationship expert. On one of the shows, I offered the insight that confidence and how we feel about ourselves is what makes us sexy and appealing – not just how we look.

I have served as a sex expert discussing the need for a more clear distinction between flirtation and sexual harassment on the NBC Nightly News and have appeared five times on CNN News Night on a variety of sexual topics. I am an expert for the new evidence based site www.realyourbrainonporn.com.