As an AASECT certified sex therapist and couples counselor, I often deal with the intricate relationship between sex and emotional connection. Sexual expression—whether intercourse, oral sex, manual stimulation or French kissing—is a superb conduit for affection and love. 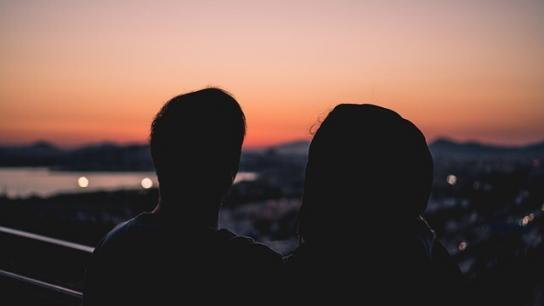 Couples who either do not make love or do so infrequently are usually not as close emotionally as couples who frequently make love. This also applies to singles who are dating, hooking up or enjoying a friend or more with sexual benefits.

In my TED talk, I discussed making a new friend as the Scandinavian option to the one-night stand. The Scandinavian model of making a new friend encourages a healthy emotional connection. We often hear people say that they had sex without emotion, but this is not accurate. Even if very superficial, our emotions are involved, and some feel emotionally hurt if there is a disconnection after a connection.

The best sex is with affection, and if we only have one-night stands, we limit our sexual health. Even swingers often want to see a new lover more than once if possible. When we laugh and playfully celebrate a series of sexual acts (sounds like a meal—hopefully gourmet!) we are making a memorable emotional connection.

The one-night stand is often followed by shame (the walk of shame on a college campus) and embarrassment. Hooking up would be better if it continued with the same lover. This does not mean monogamy is required. There is nothing wrong with having more than one friend with benefits as long as there is no deception or violation of clear agreements.

Having a Pre-Sex Discussion (my creation in my book The Naked Truth About Sex) encourages a mutually agreed upon sexual encounter or relationship. Talking first helps limit unwanted consequences such as hurt feelings, pregnancy or sexually transmitted infections. With a Pre-Sex Discussion we figure out if our expectations and sexual motives and meanings are similar or not. If we are not on the same page, it is best to agree not to be sexual.

When I coined the term “sex positive” in 1976, I defined the term as meaning mutually agreed upon sex sexual choices (mutual consent) with caring, equality, playful joy and honesty. The one-night stand is less likely to encourage sex positivity than the Scandinavian model of making a new friend.